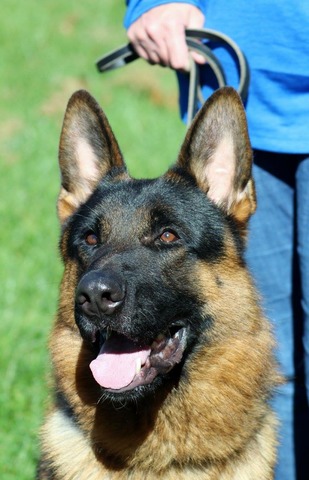 Uwe has a happy go lucky personally. Uwe is a super friendly dog who is always ready to play with kids and other dogs. Uwe has great intelligence and high drive. Uwe is currently being Schutzhund trained.

Uwe is available as a stud to approved females.  Breeding females must have good temperament, good hips and good health. Only females from German bloodlines will be considered. The stud fee for Uwe is pick of the litter puppy. Please contact Clayton at (414) 628-4071 for more information.